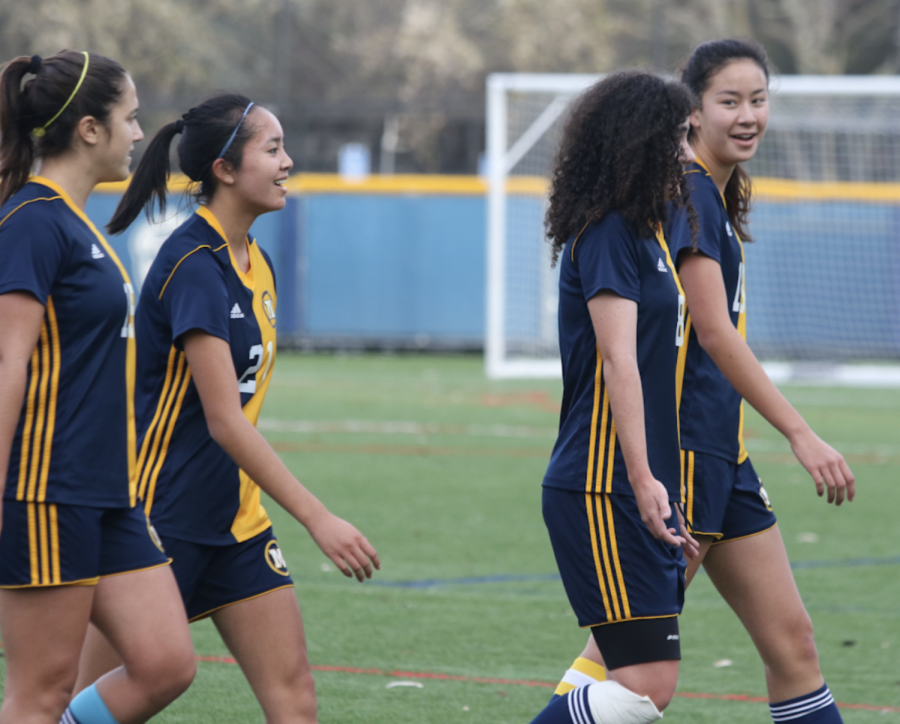 Varsity girls soccer tied 2-2 against Sacred Heart Prep in their last home game on Friday, Feb. 8. This tie put the team’s record at 7-0-2, making them the West Bay Athletic League champions. The game brought out a large crowd with free tacos being offered to the first 400 people in attendance.

The Knights came out strong in the first half and controlled much of the play. About halfway through the first half, senior Sophie Jones, who is committed to play for Duke University next year, scored with an assist from freshman Carolina Espinosa. Later on in the half, Jones assisted Espinosa, making the score 2-0 going into the second half.

Unfortunately, the control that the Knights had over the SHP Gators slowly diminished in the second half of the game. The Gators scored two goals, and the Knights were unable to secure a win, though they took many shots on goal.

The team is looking forward to their last league game on Monday, Feb. 10 against Mercy Burlingame at Skyline College and the upcoming Central Coast Section (CCS) tournament, according to junior defender Avery Patel. “Unfortunately we weren’t able to get the outcome that we wanted, but we’re still happy with our season,” Patel said.