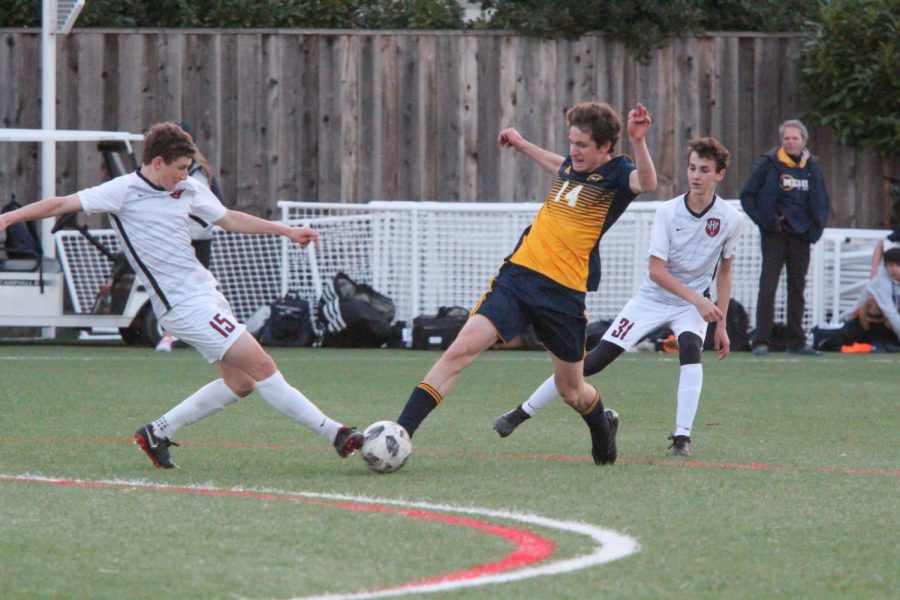 With all rival games comes high energy from both teams and their respective fans. The varsity boys’ soccer game against SHP was no exception. Turnout was significant from both schools, creating an exciting and competitive environment. Ultimately, the Knights fell 5-0, a disappointing result following their win against The King’s Academy just two days prior. This game marked the team’s first loss of the season, bringing their overall record to 6-3-1.

In a close first half, the Gators tallied just one goal. However, SHP gained traction in the second half, scoring an additional four goals to secure their 5-0 victory. Despite the score not being in Menlo’s favor, the crowd remained vocal and hopeful throughout the game, cheering on their fellow classmates.