The Coat of Arms • February 5, 2020 • https://menlocoa.org/18441/news/technical-mishap-complicates-caucus-process-in-iowa/ 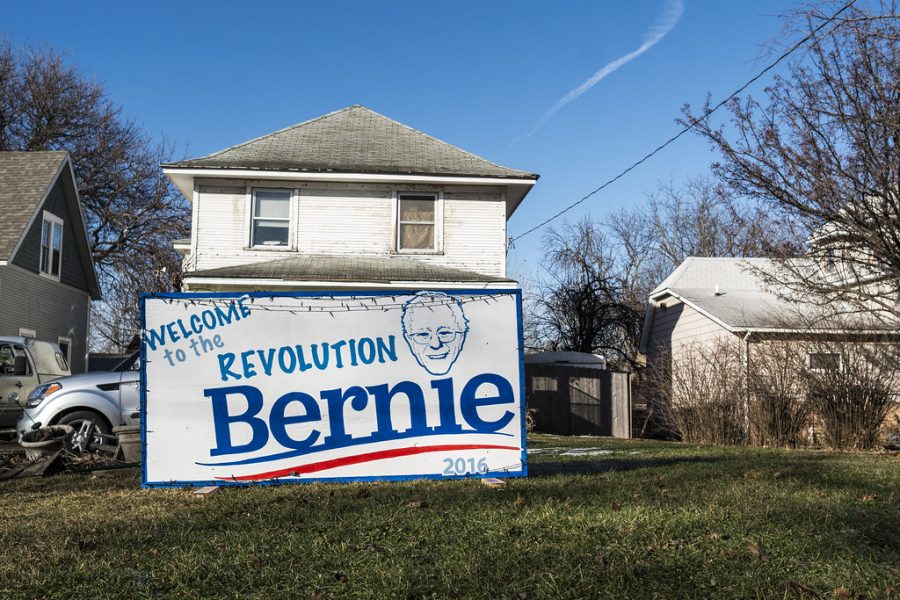 In seven of the nine past Iowa caucuses, the winner of Iowa went on to become the Democratic nominee. In 2016, Hillary Clinton won Iowa by a small margin. This year, with 71% of precincts reporting, Bernie Sanders won the popular vote during both caucus counts, but Pete Buttigieg has won more delegates. Creative Commons Photo: Phil Roeder on Creative Commons.

It’s been more than 24 hours since the caucuses closed in Iowa and still there’s no clear winner, leading to frustration from Democratic presidential campaigns, conspiracy theories surfacing online and a lot of people wondering how exactly a caucus works.

In American politics, a caucus is a way of thinning down a large field of potential presidential candidates. Iowa is one of the few states to still hold caucuses and it’s the first state to “vote” on who the candidates for each party should be. Because it goes very first, Iowa holds great significance for candidates looking to set the tone for an election cycle.

The caucus process begins in public, pre-picked gathering places, such as school gyms, libraries and places of worship. Caucus-goers, who can be any individual registered with the caucus’ party and who will be 18 by the day of the election, arrive at their assigned locations and check-in. Once checked in, individuals group together by candidate preference. Buttigieg supporters stand with Buttigieg supporters, Yang supporters with Yang supporters. Then each group is counted. If a particular candidate’s group has the support of at least 15% of the room, that candidate is considered “viable” and is able to earn delegates. People standing in viable groups aren’t able to move to a different candidate.

If the candidate doesn’t have sufficient support, individuals from the nonviable group then spread out, and members of viable groups attempt to persuade them to join their group. After this shuffling, all groups are once again counted and the final step begins.

This whole process should take around two hours, according to The Wall Street Journal, but a new mobile app designed to count caucus results was found to have “inconsistencies,” according to Iowa Democratic Chairperson Troy Price, and the results have been staggered. Currently, 71% of Iowa precincts – another name for districts –  have reported their results, which show former Mayor of South Bend Indiana Pete Buttigieg and Senator Bernie Sanders competing for a tight lead, according to the New York Times. Sanders has gained the most number of votes total, but Buttigieg currently has 25 more delegates than Sanders. The glitches to the app have caused several leading Democratic candidates, such as Senator Elisabeth Warren and former-Vice President Joe Biden, to publically question the integrity of the voting process in the 2020 election.