Changes in the 2020 Census and the Effect on Minorities 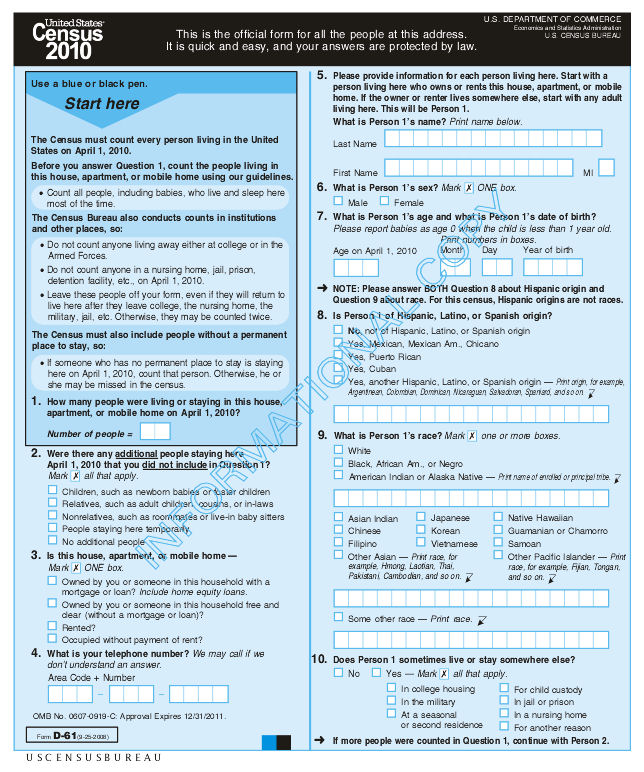 In March 2020, most households will receive a letter inviting them to complete the census online. Every household is asked to complete one form, accounting for every person living in the residence in order to get an accurate count of the population. Creative Commons photo: US Census Bureau on Flickr.

This year will mark the 23rd census in the United States and the first time that citizens will be able to fill out the census online. Every ten years since 1790, the federal government gathers information on the demographics of the population. In March 2020, most households will receive a letter inviting them to complete the census online. Every household is asked to complete one form, accounting for every person living in the residence in order to get an accurate count of the population.

One reason the census is important is that the population of each state determines its number of representatives in the House of Representatives. Additionally, the information from the census helps government leaders understand how to allocate hundreds of billions of dollars in federal funds to communities and states across the U.S. Each year, the census influences federal funding for more than 100 programs, including hospitals, school lunch programs and public roadways. The census also helps businesses make decisions such as where to open new stores and factories, where to recruit employees and more, according to the 2020 Census Government website.

Although getting an accurate count for the census is very important, minorities, including immigrants, people of color and homeless people are often undercounted, according to NPR. It is predicted that national 3.68% of African Americans could be undercounted, which is near 1.7 million people, according to NPR. Additionally, 6.31% of children under the age of five are expected to be undercounted. These minorities are undercounted for a variety of reasons including the lack of a stable living situation, language difficulties or they are suspicious that the census information could be used against them.

In 2019, the Trump Administration proposed adding the question, “Is this person a citizen of the United States?” to the census; however, it was blocked by the U.S. Supreme Court. Although the citizenship question was blocked, it still sparked fear amongst undocumented immigrants, according to The San Francisco Chronicle. “[Undocumented immigrants] could see giving information to the federal government that is disadvantageous to them,” Menlo history teacher Peter Brown said.

More often, minorities and immigrants tend to vote Democratic; therefore, if the question was on the census and those groups were undercounted, Democrats could lose representation and federal funding again, according to The New York Times. Moreover, critics said that the Trump Administration’s effort to modify the census could result in the Republican favor.

The California State Legislature set aside $187 million for a state campaign to promote the census, which is the most spent by any state, according to The SF Chronicle. Pew Research states that California has the largest population of undocumented immigrants in the U.S. In 2014, the Public Policy Institute of California estimated that one in ten workers was undocumented; therefore, it is crucial that everyone completes the census in order to get an accurate count of our population.