The Coat of Arms • March 19, 2020 • https://menlocoa.org/18606/opinions/truly-march-madness-coronavirus-cancels-annual-ncaa-tournament/ 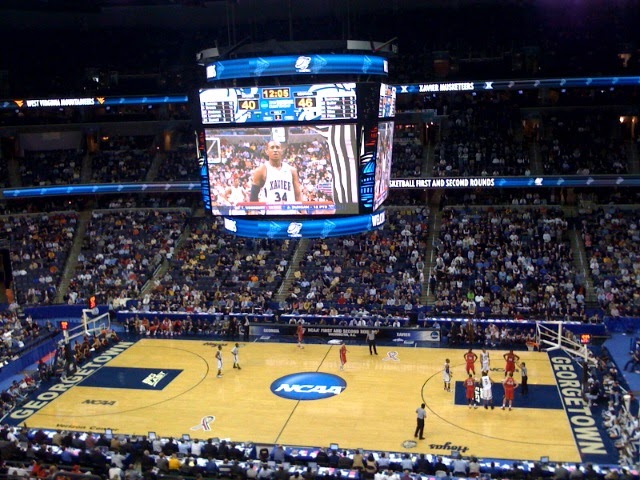 As we know, March Madness has been canceled this year. Devastating loss to all the seniors, coaches and teams dancing for the first time in years. Fans are already counting down the days until college basketball resumes! Creative Commons image: Todd Wickersty on Flickr.

68 teams in the field with four teams for each 1-16 seed make up the hands-down best tournament of all sports.

This year could have easily been one of the best tournaments of all time. The college basketball season has seen several number-one ranked teams fall and then rise in 17 weeks. In addition, monumental upsets happen so frequently that it’s honestly hard to fathom.

By mid December, already five number-one teams had lost, which was the most-ever upsets in the Associated Press poll era. At that point, and now, does being the number-one ranked team in the nation even matter? For example, the preseason number-one ranked Michigan State Spartans dropped out of the top 25 three and a half months after preseason. Not to mention there were remarkable upsets along the ride.

The Kentucky Wildcats, ranked number-one in the nation strolled into Rupp Arena on Nov. 11, not even thinking about their opponent, the Purple Aces of Evansville University. However, the Purple Aces had mighty different thoughts about this matchup. Around two hours after the ball was tipped, Evansville shocked the whole college basketball world. The 24.5 point underdogs beat Kentucky by three. To put it into perspective, Evansville went 0-18 in the Missouri Valley Conference. This was a terrible loss for The Kentucky Wildcats.

Then just a short 15 days later, Duke ran into a fierce Stephen F. Austin bunch. At the time, Duke was ranked number-one in the country, but clearly that doesn’t mean too much. Stephen F. Austin edged Duke by two points, on a game-winning layup made by Nathan Bain.

Well my point is, as agonizing as it is, the season is officially done. No more wild plays, upsets or buzzer-beaters for this year. No more dog piles, cutting down the nets and vibing with your coach after clutch performances. As I am writing this, updates keep flying in about COVID-19, and the monumental affects it’s having on the whole world currently. I feel sick for the seniors that were about to make the tournament for the first time to have their season end abruptly, and for the coaches giving their players their all only to get devastated by the news. That’s hours and hours spent fantasizing about being on the big stage… washed away in seconds.

What comes next is unknown, but the most important thing is that everyone has a community to stick with, no matter what. Follow the guidelines of staying healthy and hopefully improvements will come from that.

Let me end on this, what an odd time to be alive.