The Coat of Arms • April 23, 2020 • https://menlocoa.org/18695/opinions/unpacking-the-latest-updates-on-the-resumption-of-eventual-sporting-events/

Unpacking the Latest Updates on the Eventual Resumption of Sporting Events 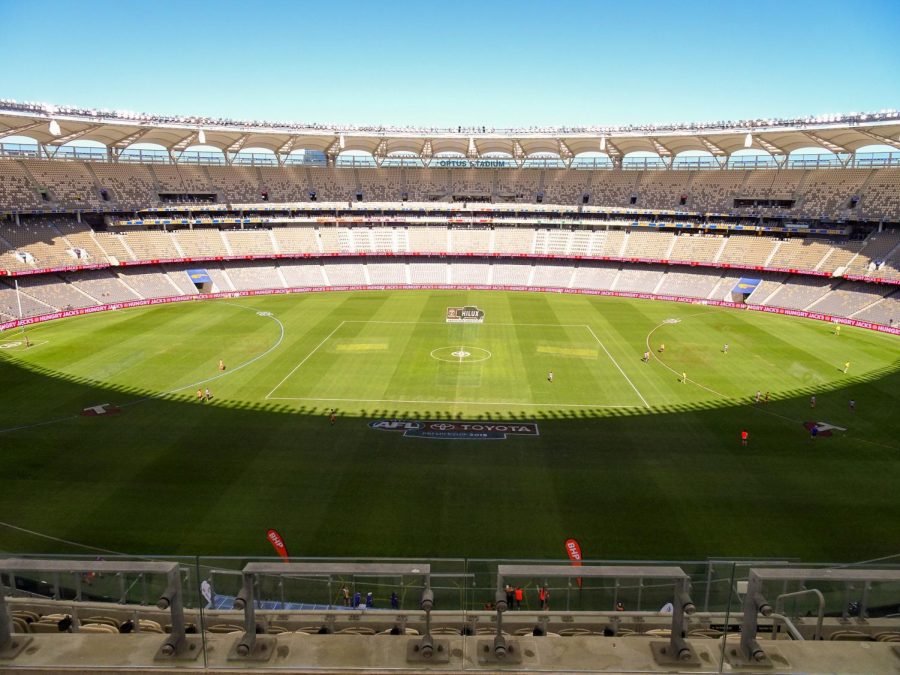 While stadiums would normally be full during this time, sporting events have been put on pause. Creative Commons photo: Michael Coghlan on Flickr.

Theoretically, sports games are one of the first “no-no” when it comes to respecting the CDC’s social distancing guidelines, due to large group gatherings and inherent issues surrounding cleanliness. Regardless of what brilliant ideas arise to attempt to allow professional sports to resume, it’s going to be very difficult, but not impossible.

There are huge sports fans out there, including myself, who are longing to watch and read about them.

Every day, there are constant updates on the pandemic flying in, so here are the latest updates and thoughts about when sports could resume.

On April 15, Director of the National Institute of Allergy and Infectious Diseases and member of the White House Coronavirus Task Force Anthony Fauci spoke about the possibility of professional sports resuming during the coronavirus outbreak. Fauci emphasized a few standards that he believed would have to be met if sports teams were to play in the near future. These basic requirements include that teams play in stadiums without fans present and that players are strictly quarantined in hotels while being closely monitored and tested every week. His ideas are practical, except that players shouldn’t be tested weekly. It feels unnecessary when people who acquire symptoms aren’t even able to get tested. Prioritizing sports players over sick people aren’t worth it in this situation. However, the other ideas he said are realistic as long as they are closely followed. Especially if the players are going to get paid when they play because as of right now they are getting massive pay cuts or nothing at all.

In addition to Fauci stating what he thinks about sports resuming as soon as possible, Menlo School’s Athletics Director Earl Koberlien, gave his insight as well. One question to him was: “If sports teams can get back together, what do you see it looking like?”

At the high school level, the resumption of sports seasons is farther on the horizon, as the timeline is simply too uncertain to know when high schoolers can return to playing team sports.

According to Koberlein, “We are working on what [sports teams getting back together] could look like.” Koberlein described that the possibilities for sports teams resuming practices may range from going back to normal practices and competition all the way to remaining in shelter-in-place but continuing virtual workouts. Koberlein estimates that the Menlo Athletic Department will have to come up with a solution that lies between the heavy extremes of “normal” and shelter-in-place practices.  “The in-between can be something like we are back in school with restrictions, such as staggered classes, and if that is the case, we probably will not be able to do full-team practices with contact, so we will need to get creative with what we would be allowed to do in terms of practice and conditioning to follow health and safety precautions.”

Right now, the shelter-in-place regulations are very difficult to work around in order to have a productive practice. Hopefully, sooner rather than later, we can all agree on a scenario where sports are resumed, and especially played in a safe and effective way.