The Coat of Arms • January 7, 2021 • https://menlocoa.org/19851/news/pro-trump-rioters-storm-capitol-menlo-holds-special-assembly/ 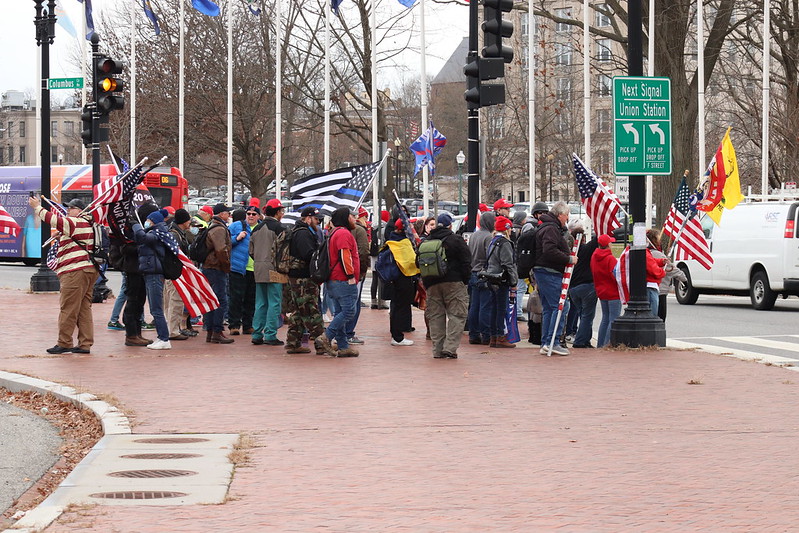 Extremist pro-Trump protesters stormed the Capitol building and breached security on Wednesday, Jan. 6, the day that Congress was scheduled to certify Joe Biden’s victory in the presidential election. The rioters broke glass, damaged property and posed at historic locations in the Capitol as a response to Biden’s victory in the Electoral College, which President Trump and some of his supporters have baselessly claimed was stolen and fraudulent.

According to The New York Times, protests turned violent around 2:15 p.m. EST (11:15 a.m. PST), with armed standoffs occurring in the building. Tear gas was seen throughout the area at various times, and flash-bangs were also heard. Four people died in the riots, with one woman dying of a gunshot from a police officer; the other three died after suffering “medical emergencies,” according to the Metropolitan Police Department.

The Capitol building was officially declared secure by law enforcement over three hours after the violence began. When they resumed discussions about the Electoral College votes, our Republican congresspeople who planned to object to the results of the election withdrew their objections after the historic events took place. Sen. Kelly Loeffler (R-GA), who lost her special election to the Rev. Raphael Warnock on Jan. 5, explained her change in sentiment during one of her last appearances on the Senate floor. “When I arrived in Washington this morning, I fully intended to object to the certification of the electoral votes. However, the events that have transpired today have forced me to reconsider and I cannot now, in good conscience, object,” Loeffler said.

President Trump has not condemned the rioters’ violence. This afternoon, Trump tweeted a video of himself on the White House lawn asking his supporters to “go home,” but in the same video told the rioters, “We love you, you’re very special.” Later, Trump tweeted, “These are the things and events that happen […] Remember this day forever!”

Both of these tweets have been removed because they violated the Twitter rules and have drawn sharp bipartisan criticism. “What happened at the U.S. Capitol today was an insurrection, incited by the President of the United States,” Sen. Mitt Romney (R-UT) wrote on his Instagram account, and Rep. Ilhan Omar (D-MN) has announced that she is drafting articles of impeachment against President Trump.

Due to the unprecedented and historic events that have been compared to a coup d’état, the Menlo Upper School administration canceled class meetings that were scheduled for Wednesday, Jan. 6 and replaced them with an assembly for the entire upper school. Upper School Director John Schafer, Head of School Than Healy and Dean of Students Tony Lapolla all spoke to debrief the day’s events and share their thoughts with the community.

Despite the overall sad tone of the assembly, Lapolla did offer optimism for the future. “Our Constitution will prevail,” he told students. Healy also sent an email to the Menlo community on Jan. 6. “We still enjoy a choice about how we move forward: it is not too late. The future of our nation, our society, and indeed our communities depends on our daily choices,” Healy wrote.