Menlo’s Homecoming Game Will Be a Close Match 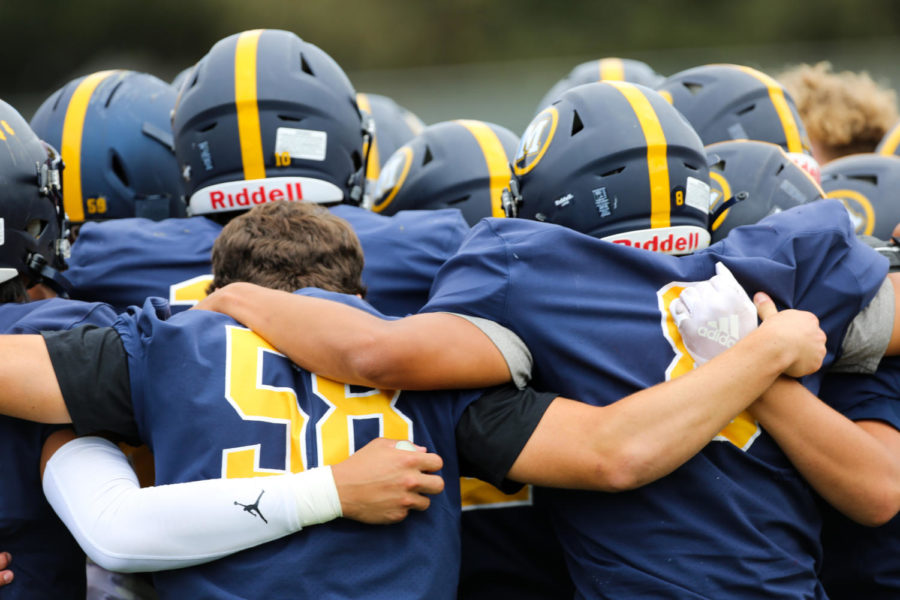 Coming off of their most successful season in the past couple of years, Menlo football hasn’t missed a step. Going into Homecoming weekend, the Knights are undefeated, their most recent game being a convincing 48-7 win over league opponent Jefferson High School in Daly City. Although the Knights’ next opponent is also a league matchup, they look to pose more of a challenge to Menlo’s high-powered offense and stout defense. Hillsdale High School’s football team might be homecoming spoilers, especially after beating Menlo’s rival Sacred Heart Prep in their most recent game. Even though Hillsdale only won this game by seven points, they have outscored opponents 151-60 so far this season, while Menlo has outscored opponents 231-37. For Menlo to remain undefeated, they will have to stop Hillsdale’s quarterback Liam Smith, a junior, who can affect the game with both his legs and his arms. Nonetheless, Smith won’t be the only dual-threat QB in this matchup, as Menlo QB Sergio Beltran, a senior, has thrown multiple seven touchdown games. Beltran is both the team’s leading rusher and passer.

Many students are excited to support sports teams and return to the school’s traditional spirit this year, one of them being junior Nate Goldberg. “This whole spirit week has been great, but a football win would make the week even better,” Goldberg said. “I’ve heard Hillsdale is a good team, but I’m confident and hopeful that we can pull out the win to cap off a great homecoming week.”