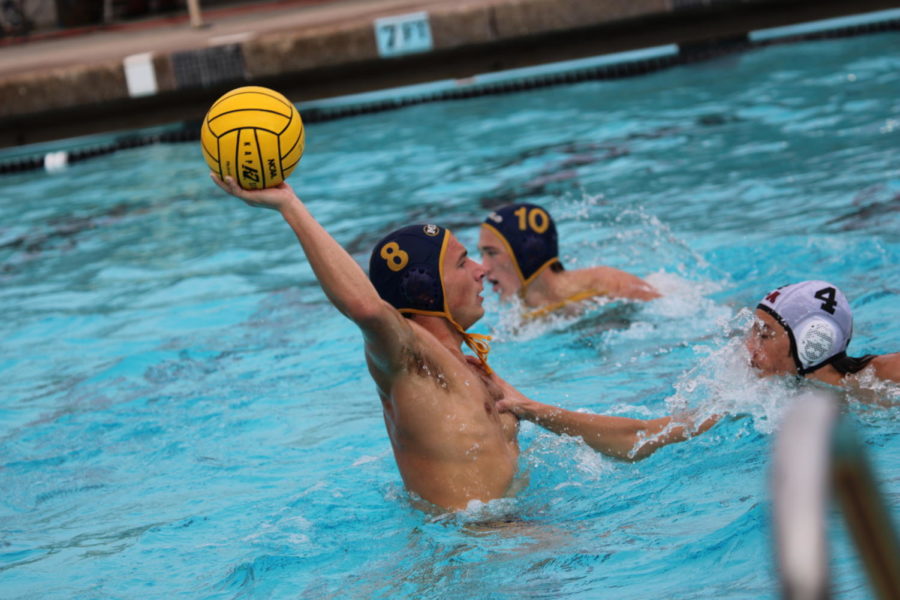 Menlo Athletics have been eventful this season, and they still haven’t concluded, as several teams are currently competing in tournaments. Football, boys and girls water polo, volleyball, girls tennis and cross country have upcoming tournaments.

Football: Menlo took on Half Moon Bay High School in the Central Coast Section Division II tournament on Saturday, Nov. 13, beating them with a score of 47-21. This is the highest division Menlo football has ever been in. After an undefeated regular season led by quarterback Sergio Beltran, Menlo has high hopes for the rest of the playoffs. Menlo will play San Benito High School on Friday, Nov. 19, at 7 PM at San Benito. San Benito beat Burlingame on Friday, Nov. 12 to put them in the semifinals.

Boys Water Polo: The varsity boys water polo team led by head coach Jack Bowen has already clinched a spot in the State Championship. Menlo finished as the No. 2 seed in the CCS Open Division bracket — the highest they have ever placed in the Open Division. Menlo beat rival Menlo-Atherton High School in the first round of the CCS tournament.

Girls Water Polo: The team’s season came to an end on Nov. 6. As the No. 6 seed in the CCS Open Division, they were set to square off against Leland. After the regular season concluded, Menlo was 16-9 while Leland was 19-7. Leland won the game 16-7, ending the Menlo girls water polo season.

Volleyball: Although Menlo volleyball lost in the CCS Open Division finals against Archbishop Mitty, they competed in the Northern California bracket of the state tournament. In the CCS, Menlo Beat Sacred Heart Prep in the first round then took down St. Ignatius. Their run was stopped when they faced Mitty. In the Norcal bracket of the state tournament,  Menlo girls volleyball played Saint Francis on Saturday, Nov. 23 in the semifinals. Menlo lost the first three sets with scores of 25-21, 25-21 and 25-19, ending their season.

Girls Tennis: Menlo girls tennis has had a phenomenal year once again. They ended the season with an 18-4 record and entered the CCS Tournament as the No. 2 seed. The Knights had a first-round bye in the tournament. Menlo girls tennis beat Mountain View on Thursday, Nov. 11, winning 7-0. On Saturday, Nov. 13, they beat Saint Francis 5-2 and played Harker in the finals. Their run ended in the finals, as Harker beat them 6-1 to win the 2021 CCS Championship.

Cross Country: Both the girls and boys cross country teams have competed in Division IV. In the WBAL #3, Varsity Boys finished 1st, and the Varsity Girls finished 3rd. They will both be participating in the CIF Tournament later this month. In addition, for Girls Cross Country, on Nov. 13, they finished in fourth in the overall team race, while Senior Grace Tang will move onto state as an individual. The boys took second place.