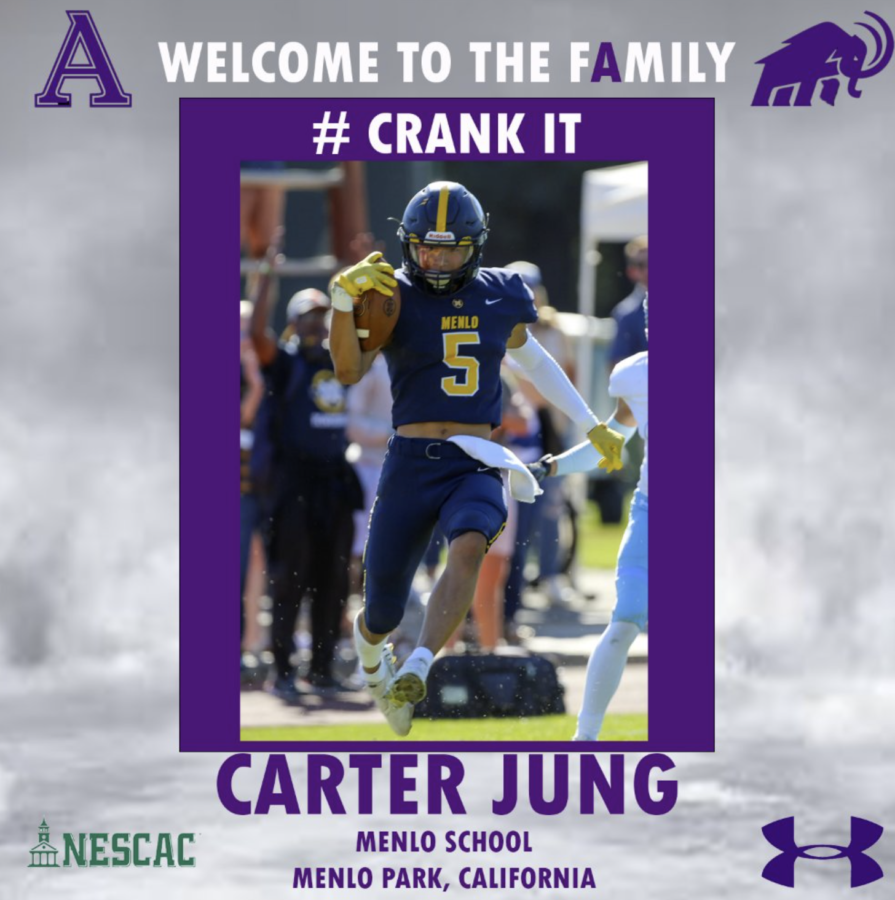 In December 2021, senior Carter Jung committed to play Division III football at Amherst College. Jung began playing tackle football as a freshman at Menlo, and significantly contributed to one of the most successful seasons in school history this past year.

Fellow senior football captain Jack Giesler was thrilled about Jung’s commitment and quickly praised the star receiver. “He was good at leading by example and always vouched for competition which elevated the play of the entire team,” Giesler said.

Throughout the fall 2021 season, Jung performed spectacularly, finishing with 59 receptions, over 1100 receiving yards and 17 touchdowns. He was honored as an all-league wide receiver and all-state nominee.

Jung began the recruiting process the summer before his senior year. He garnered interest as a prospect at New England Elite, a recruiting camp in Massachusetts. He also attended Ivy League camps across New England throughout the summer, where he attracted interest from high-level Division III football programs.

Jung received his first two offers early in the fall from Middlebury College and Wesleyan University but ultimately chose Amherst because he liked the campus and the opportunities available to him after football. Jung equated the culture and opportunities at Amherst with his experiences at Menlo: “[Menlo] prepares you for college and Amherst prepares you for the real world,” Jung said.