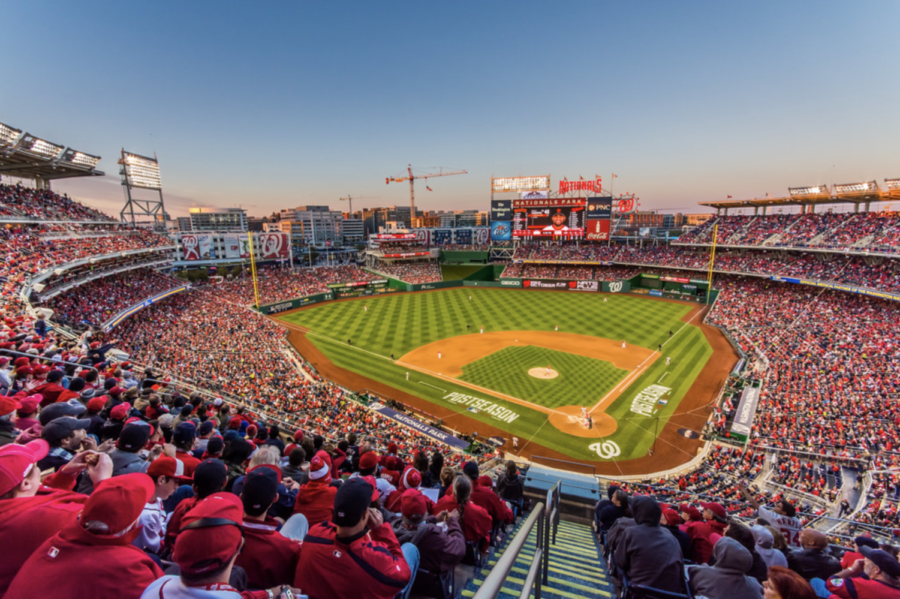 The new Wild Card format will be implemented starting this year, and excitement is nearing. Creative Commons Photo: Geoff Livingston on Flickr.

The MLB playoffs kicked off on Friday, Oct. 7. With the postseason comes anticipation but also uncertainty around the impending rule changes, which are meant to speed up the game, and will take effect next season.

Senior Beck Aronowitz is a San Francisco Giants fan, however, he will be rooting for a different team during this year’s playoffs. “Since the Giants are out [of playoff contention], I’m excited to see the St. Louis Cardinals,” Aronowitz said. “They have a lot of older players such as Adam Wainwright, Yadier Molina and Albert Pujols. I’d like to see them go out on a good note.”

The Cardinals are vying for a magical ending to an extremely special season. Albert Pujols started his career in St. Louis all the way back in 2001. He was there for a total of 11 years before his time with the Los Angeles Angels and Dodgers. Back in St. Louis, he hit his 700th home run on Sept. 23 and is now looking to help the team win the World Series.

When he’s not pitching for the Knights, senior Colin Dhaliwal loves watching the MLB.  “The MLB in October is awesome because it’s when all of the time you spend rooting for a team during the year, watching their games and seeing how well they do culminates,” Dhaliwal said.

Junior Ryan Schnell is an avid baseball fan, too. “I love to see a team take on a powerful franchise like the Dodgers or Yankees and put up a really good fight, I don’t see that as much in other sports,” Schnell said.

Senior Sofia Labatt likes to go to Giants games throughout the year, but remains excited for the playoffs. “The culture around the MLB is really fun,” Labatt said. Baseball is her favorite sport to watch live because it’s “engaging with the fans.” With the relatively long length of the season (162 games), “there’s always something to cheer for and look forward to,” Labatt said.

Dhaliwal also weighed his thoughts on the new Wild Card format, a best-out-of-three series rather than the previous winner-take-all game. “This year with the new playoff format where the Wild Card games work differently make it especially interesting,” Dhaliwal said. “Teams who wouldn’t have a chance normally will be able to play and possibly make it to the World Series.”

After playoffs conclude, fans’ attention will be directed toward next year’s rule changes. Following backlash about the game being too slow for fans, the MLB will now have a pitch clock. “I think the pitch clock is interesting, there’s a lot of talk about speeding up the game and I don’t mind the pitch clock because the game can be slow for viewers at times,” Schnell said. There will be a 15 second pitch clock with no runners on base and a 20 second timer with players on base.

Further, MLB teams can’t have as extreme infield shifts. They are now forced to have two players on each side of the second-base bag with their feet being on the dirt. Other rules include limiting pickoff moves and increasing the size of the bases.

Menlo baseball outfielder and third baseman Sudar Kartheepan has mixed feelings about the rule changes. “I’m in favor of the shift rule, but I’m not much of a fan in terms of the pitch clock, bigger bases and number of pick offs,” Kartheepan said. “It hinders the ability of the pitchers to control the game.” Overall, Kartheepan thinks the MLB is headed in the right direction with speeding up the game.

Similarly to Kartheepan, Aronowitz supports the upcoming changes. “I think if you want to keep baseball engaging, you make offense easier, and that’s what they’re doing,” Aronowitz said.