Necessary Bonding: Menlo Freshmen Should Have a Group Halloween Costume 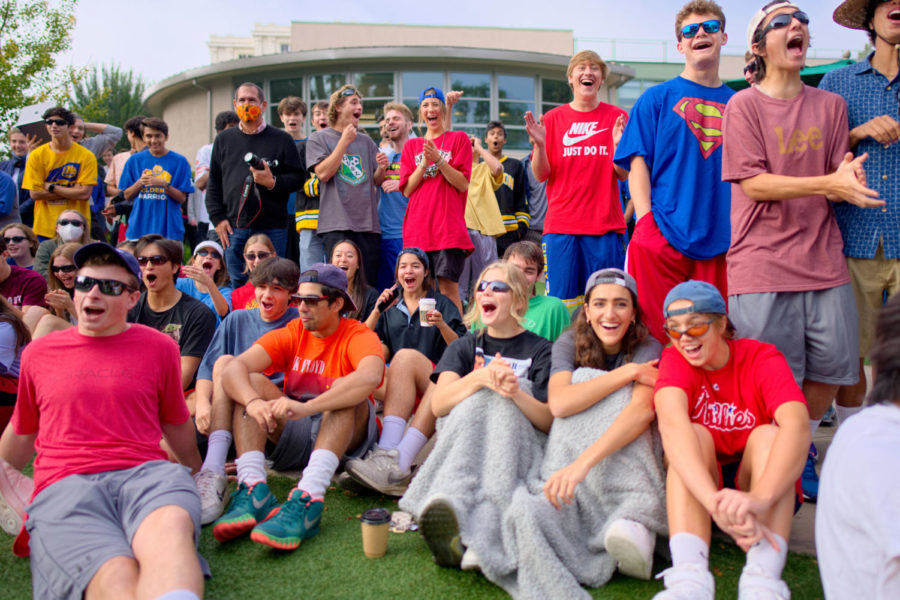 Members of the Class of 2022 cheer during last year’s Halloween assembly, dressed together on the quad in Adam Sandler-inspired outfits. Photo courtesy of Cyrus Lowe

Every Halloween, Menlo’s entire senior class dresses in a group costume at school. Last year, members of the Class of 2022 all dressed as different versions of Adam Sandler; basketball shorts, superman tees and effortless black glasses could all be spotted across the senior quad. Similarly, the Class of 2020 coordinated to be former Menlo math teacher Michael Thibodaux. The ultimate goal of these annual group costumes — as quirky as they may be — is to bond the senior grade, especially before everyone leaves for college at the end of the summer. Menlo should similarly plan a group costume for the freshmen class each year to unite new students as they begin navigating their four years of high school together.

This year, the Menlo administration attempted to organize a group costume for the freshman class. However, students were informed only a few days before Oct. 31 that they were meant to dress in costume together. As a result, very few freshmen showed up dressed according to their theme: the Incredibles. The majority of the grade instead wore costumes in smaller friend groups, trios and partner costumes. If the freshmen had been given more time to prepare, then the Incredibles costume would have been much more successful.

In future years, the administration should emphasize the importance of dressing in unison even more to ensure that freshmen go completely all-out. Also, if the group costume was announced to students as more of an expectation, rather than a suggestion, then more students would commit to the grade-wide plan.

At Menlo, it is common for friend groups to dress up together; every Halloween different groups of students, ranging from partners to large groups of people, all coordinate what they will wear. During her time at Menlo, senior Isabel Cordon has participated in a group costume. “I’ve dressed up with friends for every year of high school,” Cordon said. “Dressing up by yourself can be perceived as weird, especially by other people here.”

For freshmen who have only just arrived at Menlo or are unsure of their friend group, having a whole-grade costume could prevent some of this anxiety. The entire first semester of freshman year is a time where friendships are constantly forming and shifting; figuring out Halloween costumes with newly cemented friend groups simply adds another element of unnecessary stress. No freshman should feel alone during such a fun holiday, and a group costume would remove this problem altogether.

The implementation of a group costume would also help establish a sense of community amongst the freshman class. If everyone is dressed in the same attire at school, freshmen would feel more united and possibly even more comfortable with one another. Simply complimenting another freshman’s costume on the quad could be a great segue into making a new friend. More generally, the group costume would support freshmen who haven’t found their “place” at Menlo yet, making them feel included in such a celebratory atmosphere.

Some students might feel opposed to a freshmen group costume because it would take away from the opportunity to plan a more personalized costume. However, this is far from true. While freshmen would be expected to dress in a certain costume at Menlo, this requirement would not apply outside of school. Freshmen would still be able to wear their preferred costumes off-campus in the days leading up to Halloween and on the actual holiday.

Finally, a whole-grade costume for freshmen offers a certain nostalgia to the participants. Anticipating both a freshman and senior group costume feels full circle, as students would be executing a similar tradition at both the start and end of their Menlo high school journey. 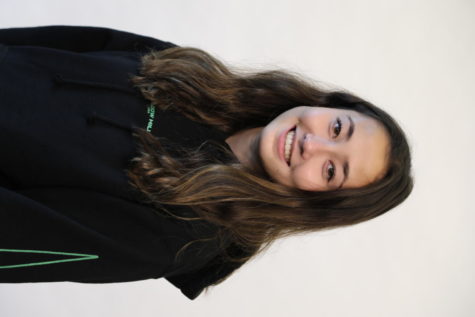