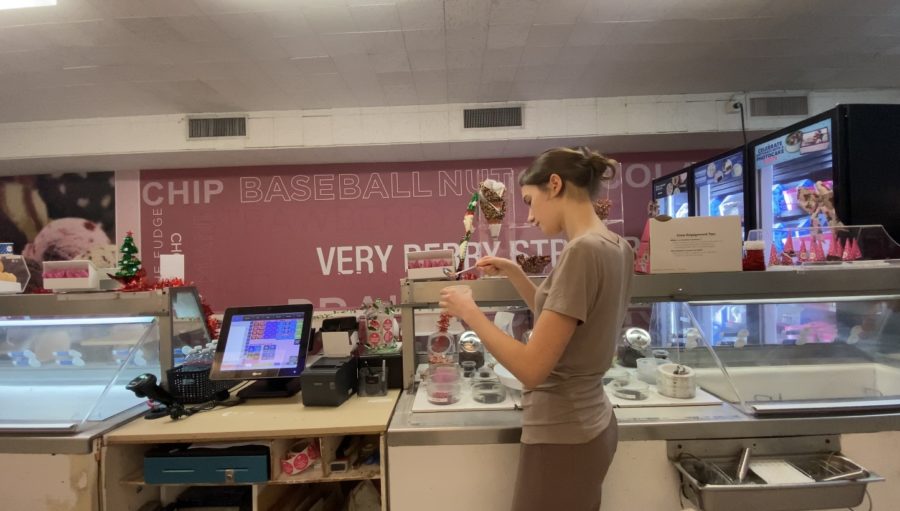 Junior Katie King works at Baskin Robbins in Los Altos, where she has been employed for two months. Photo courtesy of Katie King

While Menlo students are certainly kept busy with schoolwork and various extracurriculars, a portion still find the time to commit to an outside-of-school job and make their own money.

Junior Colin Ho works as a barista at the Happy Lemon boba shop in Foster City, near where he lives. He typically works three five-hour shifts per week, two on the weekend and one day during the school week. Similarly, Junior Katie King works three days per week at Baskin-Robbins in Los Altos. King works three-to-five hour shifts at a time, and she is responsible for managing the store, including serving customers and stocking the ice cream. “It’s just still strange to me that, as a 16-year-old, I’m allowed to manage a shop for four hours on my own,” King said.

Both Ho and King decided to get jobs for the added responsibility and the pay. King felt that making her own money would give her more independence on what she could spend. “It just gives me more freedom,” she said. King also feels that earning her own money allows her to buy nonessentials without guilt. For example, she is very passionate about skincare and is now able to purchase various skincare products without needing to ask her parents for money.

Ho believes that working at Happy Lemon has taught him the value of a dollar. “Earning the money and seeing how long hours actually translate into money is a good wake up call, in a sense, because growing up your parents do a lot for you, and you don’t realize how much money is really worth,” Ho said.

Ho also feels that his job has given him a better understanding of the difficulties that come with the service industry, especially when the store he works in is busy. “You don’t realize how much stress is on the actual workers until you work in their position,” Ho said.

Both Ho and King try to prevent their jobs from getting in the way of their schoolwork. When King interviewed for her job at Baskin Robbins, she expressed to her manager that if she had a conflict with school and work, academics would be her priority. “I make sure to let [my manager] know ahead of time when it’s going to be a really busy week for me,” King said.

Similarly, when Ho was in the midst of the cross country season this fall, he only attended practice three days a week to ensure he had time for the team, his job, and his schoolwork. Ho also makes an effort to stay on top of his workload during the school week, so that he can be free of stress while working on the weekends. 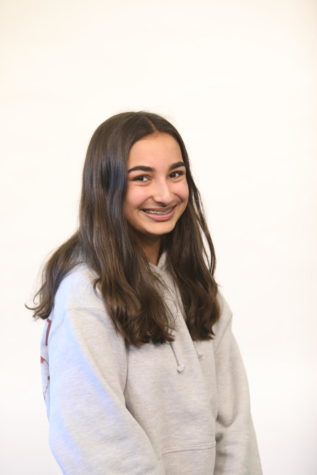