For Alumnus Noah Listgarten, it is Rocket Science 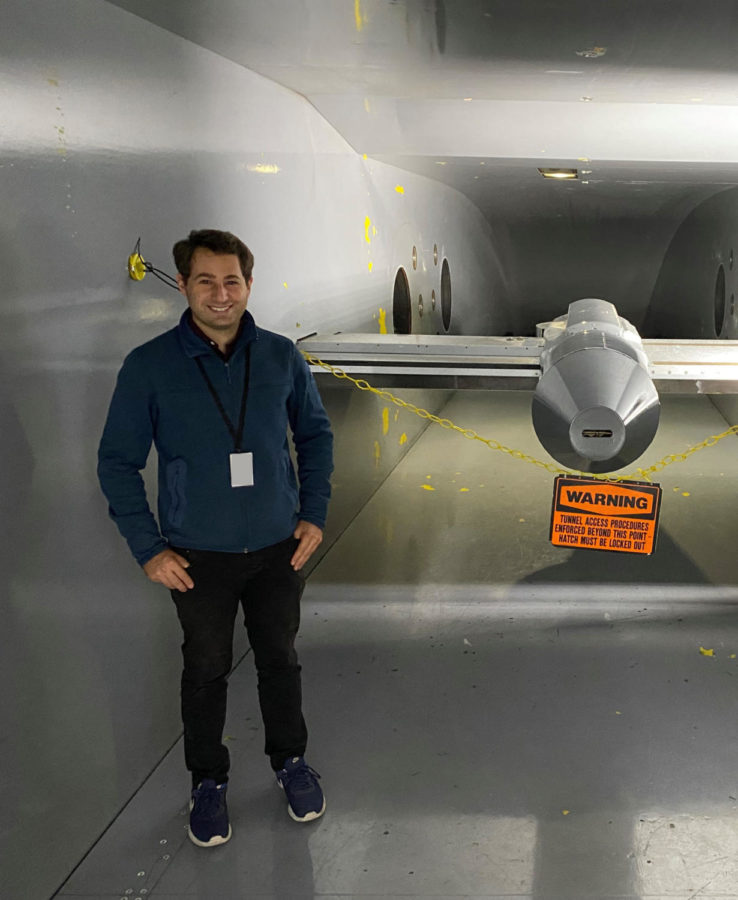 Menlo alumnus Noah Listgarten (‘16) knew he wanted to become an aerospace engineer since eighth grade. Now, he works at a private company that contracts for NASA.

While at Menlo, Listgarten steadfastly pursued all things STEM. He eagerly explored Menlo’s niche course offerings and completed both AP Physics C and Advanced Science Research. According to Listgarten, completing these rigorous classes prepared him to tackle his college classes. “My time at Menlo was definitely harder than about half of my college time, and I did significantly better grade-wise in college than at Menlo because of that.”

While Listgarten did not always feel the most connected with his Menlo peers, he believes his stronger connection to teachers was ultimately more useful, especially when going into college. “Socially, I didn’t find my ‘fit’ quite as well at Menlo, which worked out very well for me,” Listgarten recalled. “For college, it was nice because I had that professional interaction with teachers that I could carry over to professors really easily.”

Listgarten also immersed himself in the tech side of theater offerings at both Menlo and at Case Western Reserve University. At Case Western, he joined the local performing arts center and worked in their technical department while also being a staff photographer. Since Listgarten studied engineering, he preferred to join non-STEM extracurriculars.

After Menlo, Listgarten took a gap year to have more time for internships. At Case Western, he enrolled in a co-op program that allows students to take two semesters off throughout college to intern.

Listgarten first interned as a manufacturing engineering intern at GE Aviation, a top aircraft engine supplier, based in Cincinnati, Ohio. Although he enjoyed his time with the company as well as the connections he made, Listgarten realized he was not as passionate about manufacturing engineering as he had originally thought, so he set out to find internships in different fields.

Next, Listgarten moved back to California to work with Modern Railway Systems on the Caltrain electrification project. Once again, Listgarten did not feel like he had found the correct place. “I really hate working in places like civil engineering where you have a government contract […] because you’re constantly fighting,” Listgarten said. “It’s a ton of bureaucracy, and not much engineering is actually getting done, so I found I didn’t have a great time with that either.”

In his last internship before graduating, Listgarten finally found a good fit working at the NASA Glenn Research Center, although it was fully remote. According to Listgarten, working for NASA in aerospace engineering had been his dream since middle school. “I was working on modeling partially-electric aircraft, so I was looking at a concept designed for a hybrid electric aircraft,” he said. “I was trying to create a model so that a pilot would be able to fly this aircraft in a flight simulator without the aircraft actually existing at all.”

Although Listgarten received a job offer from the NASA Glenn Research Center after he graduated, he decided not to pursue the opportunity because he did not want to stay in Ohio. Instead, after graduating from Case Western in May of 2022, Listgarten started working for his current company, Metis Technology, a private company contracting with NASA.

According to Listgarten, even at Metis Technology, he still practically works for NASA. Listgarten reports to a NASA employee, possesses a NASA employment badge and gets all his work directly from NASA. He works in the research department. “In high school, I didn’t think that I’d be going into research; it’s not really my strong suit. My strong suit is hands-on management engineering, but [research is] really interesting,” Listgarten said.

Tying back to his internship with the NASA Glenn Research Center, Listgarten works on partially-electric aircraft in system analysis. “We create models of what we expect to happen, then we run real world tests and we compare what we expected to happen to the data that was collected in those tests,” Listgarten explained. “Aircrafts account for 2% of all carbon emissions. If we can cut that even in half in 15 years, that would be insane. Being able to be on a team that’s actively working on that is huge.”

Although Listgarten has known that he wanted to be an aerospace engineer since middle school, he still reminds others that it is just as okay to not know your exact career path early on. “You can figure it out as you go along. College is a place to explore to take classes in different fields,” Listgarten said. “For me, the big thing was I wanted to do what I liked, and try not to worry about the job, so I didn’t do the most resume-building extracurriculars because I wanted a break from engineering.”

Listgarten also emphasized that there are many ways to network and find a place in your dream field, no matter what it may be. “College career places are usually pretty helpful. Career Fairs are pretty helpful for getting internships as well, but, you know, blindly apply, cold call people, ask Menlo friends, ask Menlo teachers. There are a lot of good connections that will help you out.”