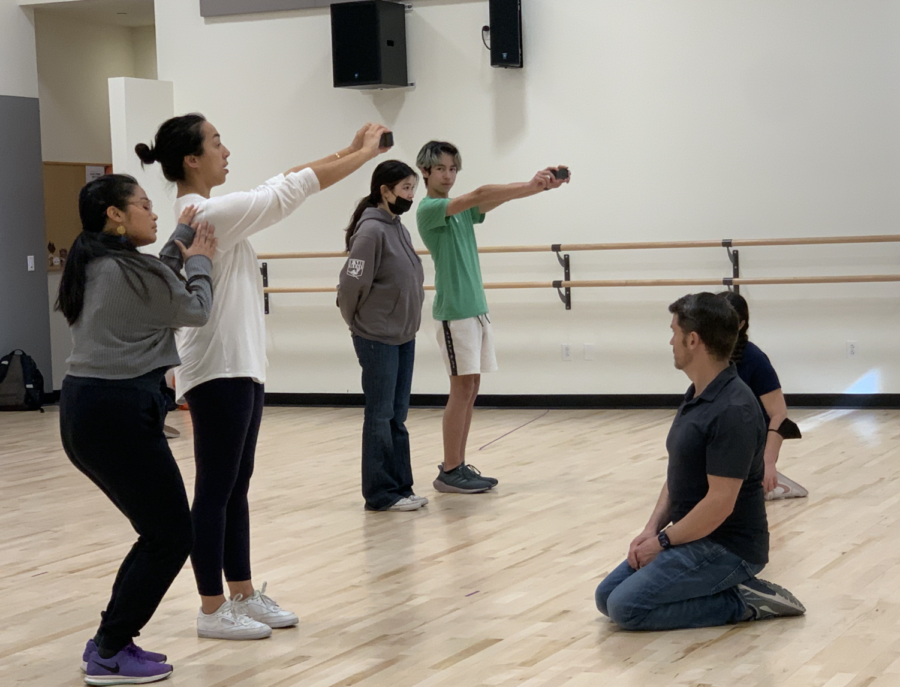 The Upper and Middle School play “Matilda,” directed by middle school drama teacher Ryan Lewis and Creative Arts Director Steven Minning, will be performed at Menlo on the second and third weekends in May.

The musical “Matilda” is based on the story of a little girl with a keen intellect and psychic powers. Matilda is largely misunderstood and explores her powers at a new school.

Minning first decided to choose the play “Matilda” because of the newly opened Spieker center. “‘Matilda’ is a very well-known Broadway show, and I knew that we were going to be opening the Spieker center, and ‘Matilda’ is all about the power of words,” Minning said. “I thought the tie in between the inspiration of knowledge and education was a great alignment with the school’s values.”

Senior Kate Richardson, playing Miss Honey, expressed her excitement for her final play at Menlo. “I think it’s a fun play. [Minning] has some very big dreams as to where it’s going to go, and I’ve seen it done before and absolutely loved it,” Richardson said. “I’m really excited to see what his artistic vision comes up with.”

Senior Kayla Davis, playing the librarian, explained her initial thoughts about the play at the start of rehearsals. “Right now, it’s mostly just learning the music, which is fun. It’s nice to be able to sing as a group. […] We’re going to transition into blocking and staging pretty soon,” Davis said. “I also work with a dialect coach who’s working with a couple of other castmates for [their] British accents.”

According to Davis, “Matilda” mainly had roles for children which made the musical more middle school focused. “I think it was a good idea for the middle school to introduce them to the upper school drama program,” Davis said. “But I do wish [the directors] had chosen something that had more adult roles. It’s fun; it’s definitely growing on me.”

Senior Amy Wyatt, playing the doctor, had similar opinions. “Doing an all-school show does mean there are fewer roles for upper schoolers, which is somewhat disappointing for my final show as a senior, but I really enjoy working with the middle schoolers, and I enjoy the bigger cast feeling,” Wyatt said.

Comparably, senior Claire Lenden had some initial misgivings about “Matilda.” “I was not initially excited to do ‘Matilda.’ As a senior, I wanted something that would better highlight the senior class and maybe have some more mature content or a storyline that was more interesting to me,” Lenden said. “But as the rehearsal process has gone on, I am getting more and more excited about the show.”

Davis also explained the added bonuses of working with the middle schoolers. “[They] are fun to have. They bring a certain sense of youthful energy, which we high schoolers need because all of us after school are very tired [and] worn out while middle schoolers are ready to get into it,” Davis said.

Richardson related to the middle school side of the play from personal experience. “I personally love it. I was a part of the middle school when I was younger, and I did all of it when I was in eighth grade,” Richardson said. I got to work with the upperclassmen then and [now] just having that experience and then the different perspective as a senior has been super fun.”

According to Richardson, the cast has started bonding more during rehearsals. “We just started a mentorship program. [The upper schoolers] have been paired up with [one or two] of the middle schoolers [in order] to connect us all together,” Richardson said. “Overall, people seem to be mixing great, and I think it’s just been really fun energy in rehearsals.”

The lead role, “Matilda,” is played by seventh grader Daphne Ryerson, who enjoys working with the upperclassmen. “They’re really nice. Some have really gotten to know me a little bit [but they] definitely feel older. They help me though, and that’s nice,” Ryerson said.

The opening show of “Matilda” will be on Friday, May 13, running from seven to nine in the evening. Before the first show, student actors will be running rehearsals after school to late at night to prepare for the big events. 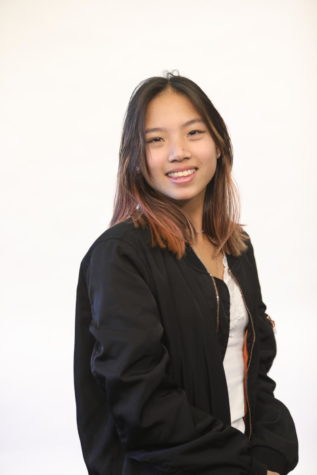 Number of years in the Coat of Arms: 1

Favorite aspect of journalism: writing stories that I care about and finding out the truth.