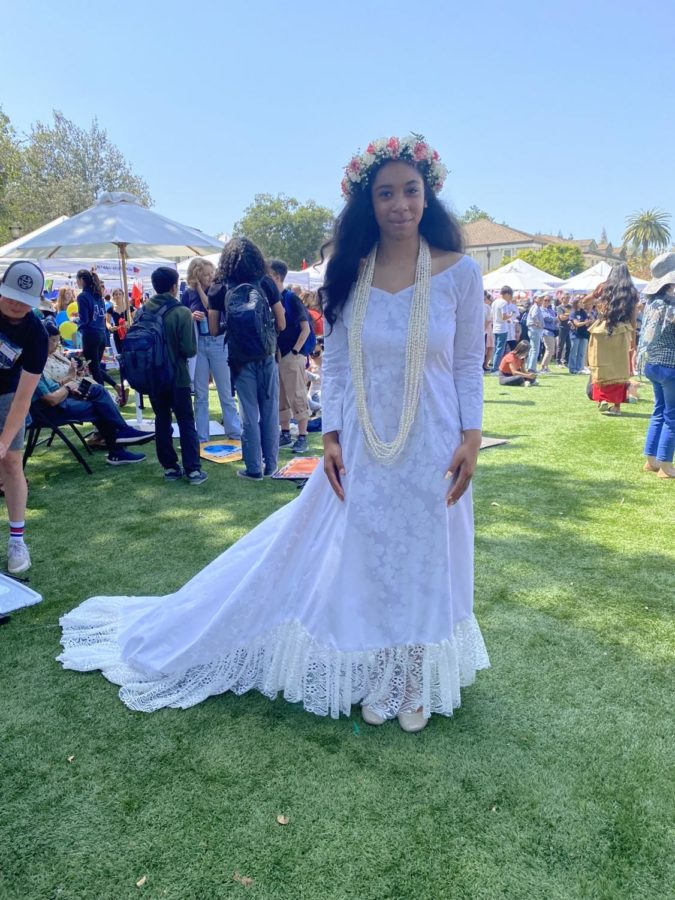 Junior William Mahe first ventured into fashion design late into middle school, inspired by the costume design that he would see in movies and on TV. Since then, Mahe has grown fascinated with sketching and making designs that are representative of different cultures, as well as modern fashion inspired by pop culture.

“It’s funny because I used to watch Disney movies, […] and I thought I wanted to be in [the movie] but really just wanted to wear the costume,” Mahe said. Mahe cited Bollywood movies as well as historical period movies as what initially sparked his urge to design. “All the different colors and just the embroidery and the draping. It was always so pretty to me,” he said.

Now, Mahe looks to social media and Pinterest for design inspiration. “It’s kind of what fuels my designs because there’s just a constant flow of different looks. […] Pinterest is a surprisingly good place for archive stuff, and then with Instagram, I see what’s new,” he said.

Mahe’s design process begins by sketching his designs. He enjoys sketching clothes from many different cultures and time periods. “I sketch a lot, and that can be really modern or it can pull from like, 19th century, 18th century. If it’s not American then it can be Turkish, or Indian or Moroccan. I love ethnic fashion,” Mahe said. “In terms of sewing, I stick to modern [clothes]. They’re the simplest to make, especially with limited time, limited material.”

Often, Mahe’s designs don’t make it past the first step of sketching them out. “Unfortunately, usually [the design] stays as a sketch. Sometimes it’s a little too hard to translate from paper into fabric,” Mahe said.

Last semester, Mahe took the Interdisciplinary and Personalized Capstone Seminar class, which allowed him to focus on his parent’s home country: Tonga. “I spent my IP analyzing that, and I did it through the lens of fashion. I’m always looking for different ways to incorporate fashion and sewing into something,” he said. Mahe’s essential question that led his research was, ‘How did the evolution of Tonga’s fashion demonstrate societal and cultural reforms?’

Although Mahe is hugely interested in fashion, he doesn’t keep up with the world of runway fashion as much as he would like to. “I usually see things after everyone else has already seen them. […] I’m really late,” he said. 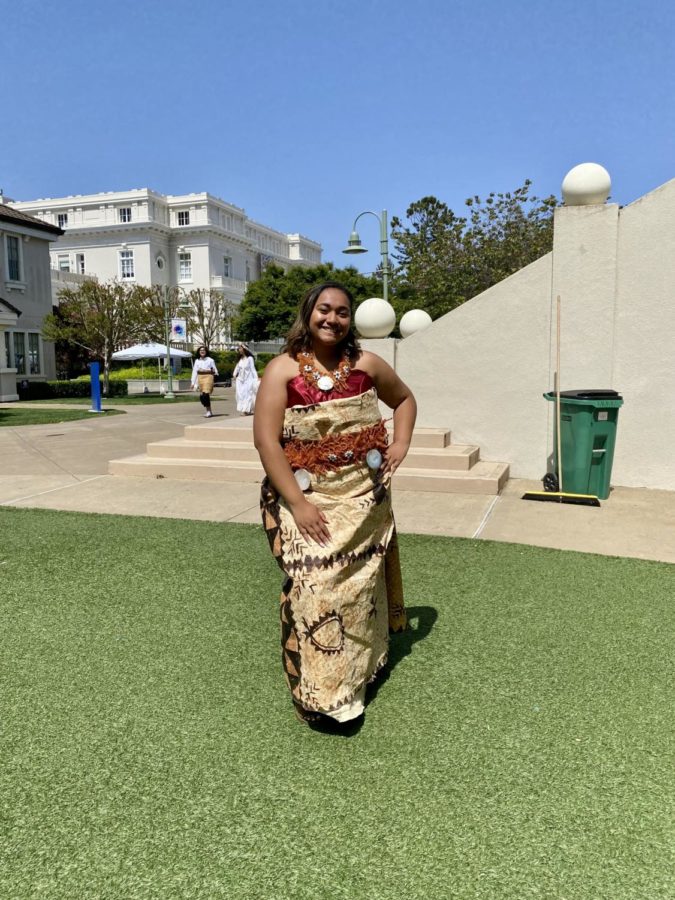 While Mahe believes the fashion world has progressed in recent years with aspects such as inclusivity, he also thinks that there are major changes that need to be made. “The fashion industry is a huge contributor to waste and climate change. There’s a lot of talk about fixing things, but never any action. First, accountability needs to be taken,” Mahe said.

Mahe would like to work in the fashion industry in the future, but for now, is trying to establish a balance between fashion and his academic life. “Hopefully next year I can focus on catering my academic work towards applying to fashion school. That’s the ideal for me,” Mahe said.

This year, Mahe got involved in the Global Expo, a Menlo event where community members gather to celebrate each other’s cultures every two years. Mahe was invited to display some of his Tongan designs. In order to make and display his designs, Mahe worked with models – Menlo students – for the first time. “Usually, I made [clothes] just for myself. The Global Expo was an opportunity to sew for someone else, take measurements, learn new things,” he said. “I’m really glad that I got the opportunity to learn.”

Following the Global Expo, Mahe said that many people began to ask him to design clothes for them. “When we first had a photo shoot with all the clothes, […] my mom, she [posted them on] Facebook and [I saw] aunties I haven’t spoken to in years like ‘Make something for me,’” he said.

In terms of fashion at Menlo, Mahe said that he often sees outfits he likes. “I always make it a point to tell someone if their outfit looks nice because I feel like a lot of people don’t recognize if someone put a little bit more effort into how they look today, or if they’re trying a new look,” Mahe said. He especially tries to compliment someone on their outfit if they are taking a risk and standing out from those around them. “I try to take note of that.”

Favorite aspect of journalism: being able to elevate student voices. I love writing and editing stories about people who don’t typically get the spotlight and hearing them share their perspectives and views.