Eli Housenbold: The Photographer Behind the Lens 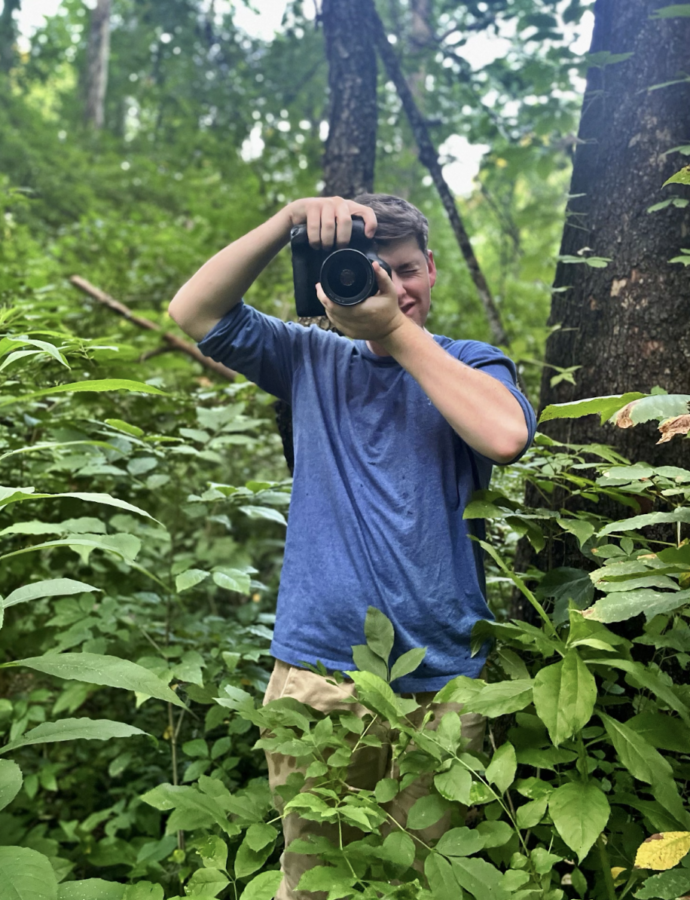 Housenbold photographs nature with his father in Ohio. Photo courtesy of Eli Housenbold

Ever since senior Eli Housenbold was young, he’s been surrounded by photography. Right when Housenbold was born, his father took a job at Shutterfly. “The whole company is based on photography, so there’s been a [big focus] around my home.”

Housenbold’s interest began to peak when he took a service trip to Kenya and became much more acquainted with photography. Housenbold and his father documented their safari trip using new camera gear. “That’s when he showed me the settings, and it was my first time using a DSLR camera,” Housenbold said.

While Household is widely known for standing on the sidelines taking sports photos, his repertoire is diverse. Housenbold has captured an array of photos from sports to animals to travel experiences in Hong Kong and Mount Rushmore. “My favorite photo is from my trip to Kenya. It was the first time I used a DSLR camera and the photo is of a baby lion in the Masai Mara.”

As he improved, Housenbold wanted the opportunity to share the photos he had spent so much time working on. “My primary focus was to put my photos on display,” he said. Housenbold utilizes his website to showcase many different types of photos.

Housenbold currently just takes photos for fun but isn’t leaving out the possibility of selling his art in the future. “Primarily [photography is] a hobby for me, but, down the road, when I’m older, it would be cool to sell prints.” Housenbold imagines continuing his passion for a while to come.

Housenbold loves to capture moments that people won’t normally see in their day-to-day lives. A shot from Menlo’s Varsity Football game revealed many details that normal spectators would not notice. “I got a picture of Charlie King [diving on a fumble] where people remember the play, but don’t catch the specific frame that was captured. There was grass flying in the picture, and I realized it was just an incredible photo.”