Pete Zappas Balances Life as a Coach and Teacher 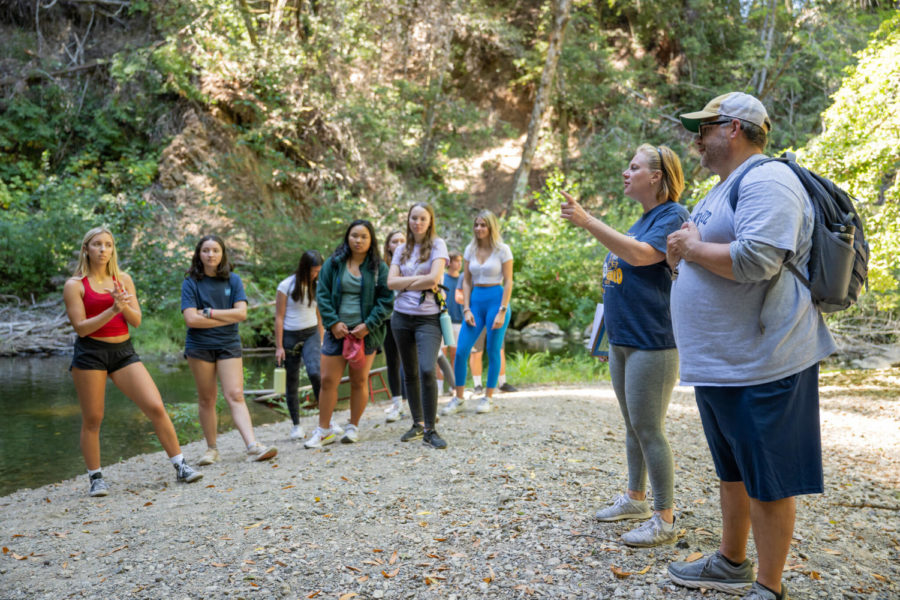 Pete Zappas has been around both football and school for nearly his entire life. Growing up in Pittsburgh, Zappas became an avid fan of the Pittsburgh Steelers at an early age. Today, even away from Pittsburgh, he continues his passion for football as one of Menlo’s coaches. Zappas’ involvement with Menlo does not stop there, though; he also works as the senior class dean.

Zappas has been teaching and coaching for 28 years. “I’ve always been a teacher, up until this year, and [I] also coached everywhere I taught,” he said. Before joining the Menlo community, Zappas had an 18 year stint at University School in Hunting Valley, Ohio.

“I think I got into teaching because of coaching,” Zappas said. He originally worked with a friend as a basketball coach while in college. His friend did not have experience coaching, so he was looking for another set of eyes, and Zappas took that role.

While coaching, Zappas earned an undergraduate degree in Latin American Relations. Despite his dedication to this degree, Zappas came to a revelation. “I actually wanted to go in a different direction, I wanted to be a teacher because of my coaching background. To me both go hand-in-hand.” When Zappas was a student, many of the coaches were also teachers, which drew Zappas’ attention. He eventually went back to school and got a Masters Degree in Secondary Education so he could teach. For Zappas, his journey has been worthwhile, and he has enjoyed his profession. “I started off in public school then slowly made my way to the independent school gig.”

According to Zappas, his responsibilities as a house dean included leading meetings, managing upcoming the schedule and being a part of student life, just like his current job as the senior dean at Menlo. Zappas may not always directly work with students, but he still connects with advocates, academic advisors and college counselors to get a strong gauge of what is happening in the classroom.

Zappas continues to have the mindset of being a coach while fitting into other school roles, such as teaching or administration.“Everywhere I go, I want to coach. You get to see two different perspectives from students,” Zappas said. At Menlo, Zappas wants the senior class to feel comfortable and acquainted with him. “That’s why I tell the class to visit me, so I can get to know [them].”

Zappas finds his role as senior dean extremely fulfilling, since he’s able to familiarize himself with a wide range of students. Similarly, when he coaches, he knows he is coaching for a reason bigger than himself. “You see a different type of personality on the field, and sports is a great avenue for selflessness, leadership and teamwork.”

Zappas is also a father of three, which he believes plays a role in his success in the field. “I think it really helps to have kids yourself. […] I have always believed that I’ve become a better coach and teacher now that I have a family,” he said. According to Zappas, he also has a better understanding of what other parents are experiencing with their kids. “Now that I have teenagers, I really understand some of the anxieties that can come with kids in middle school and high school.”

Zappas especially enjoys working in school environments because kids keep him “vibrant.” “I get to be around kids that make you feel alive. I think kids keep you young, and it’s a pretty cool thing to get to know them,” Zappas said. “You have a job you enjoy, that keeps you young, and that’s what’s motivated me to be in this for 28 years,” Zappas said.