Administration and Student Council Battle Issue of Trash on Quad 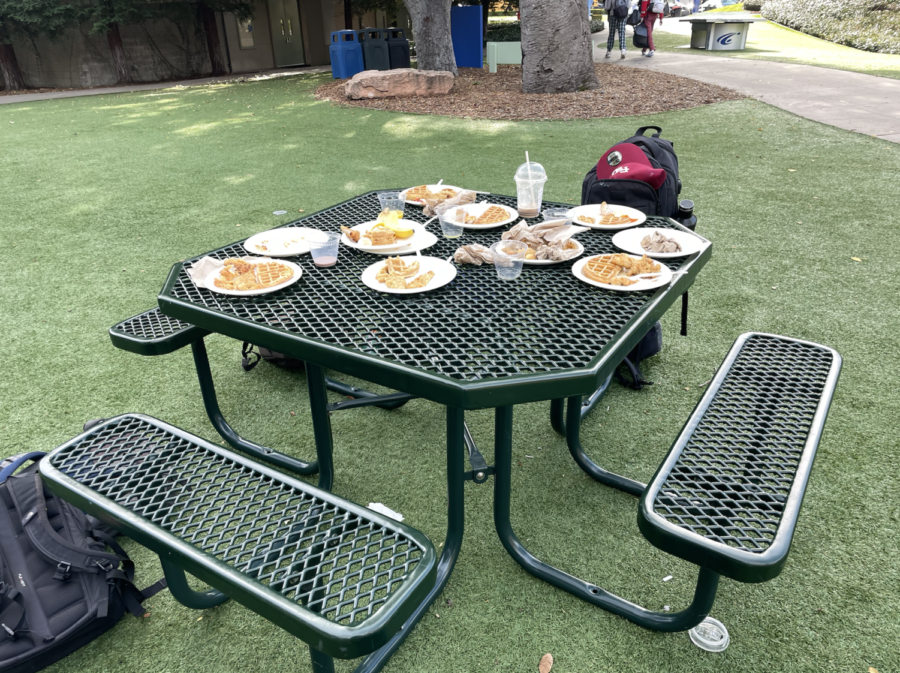 A trash-laden table is abandoned after lunch before the holiday assembly. Trash is often left behind by students on the quad. Staff photo: Andrea Li

Students continue to leave trash on the quad after lunch despite numerous warnings. As a result, the Menlo administration has been working with the student council to solve this problem. As an initial consequence, the administration decided to not serve ice cream for a few weeks, a large producer of waste. “There were a couple of Fridays where we didn’t serve ice cream. […] Some students get the ice cream and they don’t even eat ice cream. They leave not only the wrapper, but the ice cream in it. So that’s wasteful too,” Upper School Assistant Director Adam Gelb said.

The littering problem has also caused consequences beyond just not having ice cream. “[The trash] also impacted the decision to not get vending machines […] that also creates more trash,” Gelb said.

According to Student Council Sustainability Coordinator and junior Maddie Brown, a specific measure Menlo’s student council has taken to reduce the amount of trash is not allowing facilities to clean up after students. “We took a step a few weeks ago by refraining facilities to pick up trash […] so we would leave the quad how it is throughout the entire week,” Brown said. “We didn’t tell the students until the end of the week.” However, according to Brown, this method wasn’t very effective, instead leading to a buildup of trash. The student council is continuing to brainstorm more ideas to reduce trash.

Brown believes that reducing the amount of trash left on the quad will be difficult. “We’re so cultured in thinking it’s okay, and [we normalize] leaving trash on the quad thinking that other people are just going to pick it up after us,” Brown said. “It’s really hard to change that type of culture, but I do think it is changeable.”

Director of Sustainability Chrissy Orangio similarly believes that it will be up to the students to solve the problem. “We need to be more cognizant of not only putting our trash in the trash can, but thinking about putting our compost in the compost and recycling and recycling,” Orangio said. “I think it’s a student problem and needs to be solved by creative student thinking […] We want students to feel responsible for their trash.”

Orangio believes that the administration has largely left it to the student council to come up with solutions to the trash problem. “We are helping Student Council as admin with creative solutions, but research shows […] that the best way to get kids to pick up their trash is to have it [be a] student-led [effort],” Orangio said. “We want the answers to come from the students.”

The issue of trash being left on the quad doesn’t only affect students, but also guests on campus. “It is a concern that some students just decide to leave trash on the quad during the school day,” Gelb said. “It could impact where people sit [and] visitors on campus […] prospective families, prospective students.”

Facilities worker Omar Juan Acosta is often responsible for the aftermath of trash left on the quad. Acosta thinks that students properly using the trash cans would make his job more doable.  “If [students] are using the garbage can, it’s easier for me to manage that,” Acosta said. “[It’s] not a big problem, because we’re humans. […] The main problem is that we have spaces to put the garbage and we don’t do it.” 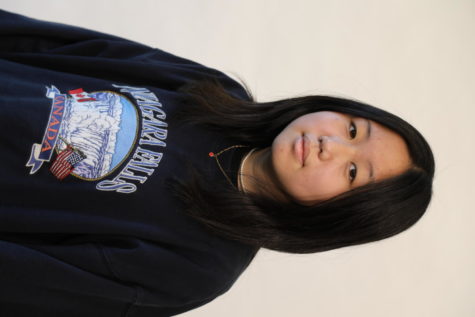